The Story Behind the Exhibition:

Most people have forgotten about it, if they ever even knew in the first place.  They called it Operation Kindertransport–the mission that to save endangered children.  At the time it began, Hitler already ruled Germany and Austria; the holocaust was in its beginning stages.  Then Kristallnacht (the Night of Broken Glass) saw Nazi forces implementing a series of programs against Jewish families resulting in the death of 91 and the arrest and assignment to concentration camps for 30,000 others.  Suddenly, those watching knew that things were about to get a lot worse.

Five days later, several concerned Jewish and Quaker UK citizens went to the British government asking for help in a rescue mission  they were planning to help children most at risk. The original idea was to collect children or teens in danger of arrest, orphans, and children whose parents were imprisoned.  The UK would then house and

look after the kids until orphanages re-opened or parents were released.  In turn, the government agreed to void immigration checks/requirements for children ages  0-17 who came without parents. This would allow the volunteers to get to the children, arrange transport, and get the kids into the UK faster than otherwise would have been possible. Then volunteers would arrange to send the kids to families, schools, farming homes, camps, and hostels.  The Home Security office also agreed to help fund the program, so that the children were not burdens on those who took them in. They planned for 5,000. But the numbers would continue to grow. 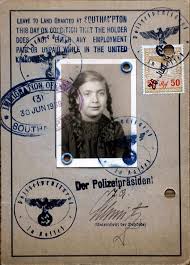 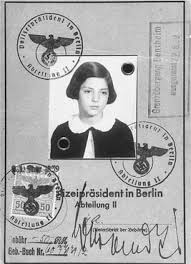 Work began on three fronts: Austria, Germany, and the UK. Representatives from the UK and local volunteers worked in Germany and Austria to arrange a method of organizing lists of those children most in need of refuge. These lists were then sent to the RCM (“Refugee Children’s Movement”) in Britain, who in turn published photos, radio broadcasts, and news ads, asking people to open up their homes to the children.  All they had to do was say “Yes,” choose a child from the photos, and pick them up when the child arrived.  Then it was up to locals in Germany and Austria to get the kids ready and onto the transport (Trains and Boats); most were sent on up to Holland, where they took the ferry to England.  Each child was then met by their new family or a volunteer who took them to their new homes.

The first 200 children arrived on December 2, 1938; the program would then continue for another 9 months until the day war began.  As Hitler’s forces spread, the Operation was extended to Czechoslovakia, Poland, and the Danzig.  One child at a time, the British slowly recovered 10,000 children, placing each one in the care of British families. There they would remain safe until the war was over, out of reach of the Nazi death camps.

Many heroes were involved in this operation, including Sir Nicholas Winton.  Winton worked out of Checkoslovakia to rescue approximately 670 children who were supposed to be sent to Nazi death camps (You can watch his reunion with many of those children here –it’s incredibly touching).  Another was Mrs. Gertruida Wijsmuller-Meijer. Afraid of nothing and unwilling to let any stand in her way, Wijsmuller-Meijer was a devoted advocate for the children of Austria and Germany.  In a desperate attempt to get the Nazis to permit the children’s transport, she even went before Adolf Eichmann. He agreed, but his command was such that she had to take all 600 immediately if she wanted them at all. He thought she would fail; she succeeded.   She would become one of the greatest saviors of the Jews in that time. Although the children were expected to  be returned to their homelands after the war was over, no one realized at the time how few would have homes to return to.  Many were the only survivors out of large families, and some simply weren’t reunited with family members.  Instead, a number of the children remained in the UK or other new homelands after the war; many helping out with the war efforts and later helping other survivors recuperate. Banding together, they formed groups to help the newcomers and worked to contribute to their new homes.

When the risk was so great, good people came through.  They worked tirelessly; week after week returning under the suspicious eyes of the Nazis to bring out ever more children from camps, orphanages, and the grateful arms of grieving parents.  They fought until the borders were shut and the program shut down. Then they fought on alone. And 10,000 children were saved.

The Kindertransport Association hosts an exhibit entitled “A History of the Kindertransport: Museum-Quality Exhbition Panels.”  Each panel tells the story of this operation and the lives of the children who were rescued. If your interested, you can view their brochure here or take a virtual tour.  Also worth noting is “The Kindertransport Memory Quilt Project.” Each square comes from the different children, now adults, who were also asked to submit a one-page description of their experiences.  Allowing these people a place to share what they went through and talk about how they handled it is a wonderful program this Association offers.  Definitely worth a look!