**Sadness! I never got to see the circus. This is completely the end of an era and a great loss. Also a sadness for the conservation center-hope they can find an alternative means of funding or what will happen to the poor elephants there.  Great shout-outs to all the great members of the circus group and all the joy they brought audiences for years. You were seriously a part of the American culture!

by Tony Marco and Azadeh Ansari via “CNN”

The Ringling Bros. circus is closing down after more than 100 years in operation, according to a press release from Feld Entertainment, which has owned the circus for the last 50 years.

“I have made the difficult business decision that Ringling Bros. and Barnum & Bailey® will hold its final performances in May of this year,” CEO Kenneth Feld said.
High operating costs and the decline of ticket sales “made the circus an unsustainable business for the company,” Feld said.
And after “the transition of the elephants off the road, we saw an even more dramatic drop” in ticket sales, Feld said.  Before taking the final bow, the Ringling Bros., will perform 30 shows across the United States between now and May.
For years, the elephants have been in the spotlight and their dance routines featured prominently in the shows. But due to mounting criticism from animal rights groups, the Ringling Bros. phased out the elephant acts entirely.
Off stage, the Ringling Bros. runs an elephant conservation center which sits on 200 acre of rural land in Florida, between Tampa and Orlando. Created in 1995 by Ringling, the facility focuses on the care and study of Asian elephants — an endangered species that it had used in its shows.

The Aleppo Codex, the oldest surviving copy of the Hebrew Bible that some experts believe all versions of the Old Testament stem from, has been recognized by UNESCO as an important world treasure.

I24News reported that the United Nations Educational, Scientific and Cultural Organization added the millennium-old Codex earlier this week to its International Memory of the World Register, which honors some of the most important discoveries relating to human history.

Adolfo Roitman, the head curator of the Shrine of the Book Museum in Jerusalem, which holds the Codex, explained its significance, stating that all current versions of the Old Testament stem, “in one way or another, from this ancient manuscript.”

Amir Ganor, director of the unit for the prevention of antiquities robbery in the Israeli Antiquities Authority, shows a document, thought to be an ancient text written on papyrus, at Jerusalem Magistrates Court May 6, 2009. According to the Israeli Antiquities Authority, the document is written in ancient Hebrew script, which is characteristic of the Second Temple period and the first and second centuries CE. This style of writing is primarily known from the Dead Sea scrolls and various inscriptions that occur on ossuaries and coffins. It was seized from two men suspected to be antiquities robbers in an elaborate undercover operation.

The Codex is believed to have been written somewhere around the year 930 in the town of Tiberias on the shores of the Sea of Galilee. It has been moved around through several different cities, and as many as 190 pages are missing from the surviving copy, though scholars disagree where and when they were lost.

It was smuggled out of Syria and arrived in Israel in 1958, before it was eventually moved to the Israel Museum in the mid-1980s.

It is also not clear who precisely owns the Codex, though filmmaker Avi Dabach, who is planning to make a documentary about the ancient manuscript, believes that it belongs to the Jewish community that fled Syria.

“In the 1960s the Aleppo-Jewish community sued the people who brought the Codex to Israel. … The Israeli Authorities decided to confiscate this item and then, from a position of strength, force on the community an arrangement,” Dabach has said.

Although the Aleppo Codex is considered the oldest copy of the Hebrew Old Testament, there are much older fragments of biblical manuscripts in existence, such as the 2,000-year-old Dead Sea scrolls. . .

“Art Forgery Trial Asks: Were Dealers Duped, Or Did They Turn A Blind Eye?”

by Joel Rose via “NPR“

The New York art world was shocked when the city’s oldest gallery abruptly closed its doors more than four years ago. A few days later, news broke that Knoedler & Company was accused of selling paintings it now admits were forgeries for millions of dollars each. The gallery and its former president face several lawsuits by angry collectors and the first trial began this week.

The forgeries at the center of the scandal look like masterpieces by Jackson Pollock, Willem de Kooning and other prominent abstract expressionists. They were good enough to fool experts, and even Ann Freedman, then-president of Knoedler & Company, says she was duped.

Nikas says Freedman even bought some of the paintings for her own personal collection. But the plaintiffs in this case and other pending lawsuits say Freedman overlooked glaring problems with the paintings’ backstories. The art dealer who sold the paintings to the gallery, a woman named Glafira Rosales, pleaded guilty to fraud and money laundering charges in 2013. According to Freedman, Rosales told an elaborate story involving a European collector (known only as “Mr. X”) who bought the paintings with cash in the 1950s, when he was having an affair with an assistant at two top New York galleries.

“It’s quite a tale, and people bought it,” says Amy Adler, who teaches art law at New York University. “I suppose the temptation would be there — not just for buyers, but, yes, even for sellers — to think they’d happened upon these magnificent, undisclosed masterpieces.”

In the end, Rosales admitted to selling Knoedler 40 counterfeit paintings over more than a decade. The plaintiffs argue that Freedman knew — or at least should have known — that something was amiss. It’s hardly the first time an art dealer has been accused of deliberately looking the other way.

Ken Perenyi is a professional art forger who wrote about his career in the book Caveat Emptor. “From over 30 years’ experience with art dealers,” he says, “I would say there most certainly are individuals out there in the trade that will turn a blind eye.” . . .

新年快乐 (Xīn Nián Kuài Lè) means Happy New Year in Chinese 🙂 This year is the Year of the Monkey! I think tomorrow I will try to add a description of the Chinese animals theory to DeceptivelyBlonde 🙂

Anyway, Happy New Year from us in China! Here’s one of the beautiful fireworks that lit up the sky on New Year’s Eve 🙂 No one does firework like the Chinese! They create amazing works of art with fireworks and it is a truly beautiful part of their culture ❤ 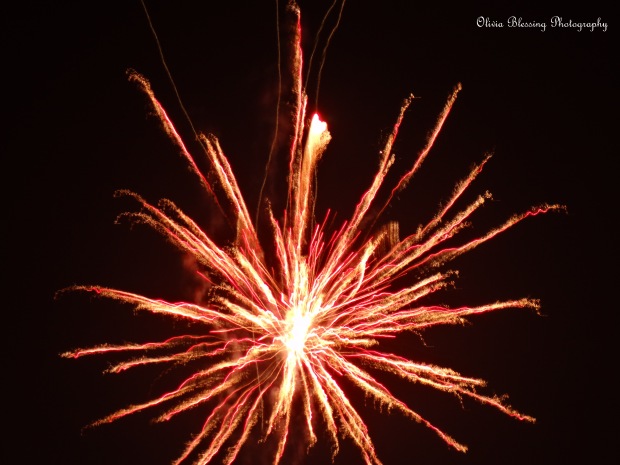