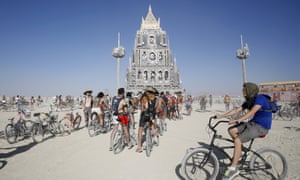 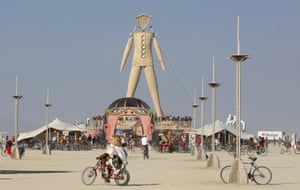 by Alison Shouldice via “The Star“

For Harry Chen, a folded paper crane is a hope for many things: freedom, democracy, world peace — and his own good health.

Chen, a Taiwanese-Canadian, has recently made a habit of folding small origami paper cranes.

He has also spent the last two years living with kidney cancer.

“When I was in the hospital, I started to fold those things,” he said, but it’s a skill he’s had for some time. At six years old, his kindergarten teacher first taught him origami to stop his crying.

After undergoing surgery, chemotherapy and radiation, Chen’s cancer is now under control. In July 2014, when he was out of the hospital but still recovering, he began folding more cranes in his spare time: on the bus, in the doctor’s waiting room and while out shopping with his wife.

He was inspired by the story of Sadako Sasaki, a Japanese girl who famously attempted to fold 1,000 paper cranes in 1955 for good health. Sasaki developed leukemia after she had been exposed to radiation from the Hiroshima atomic bomb as a young child.

With Sasaki in mind, Chen kept folding, and just 10 months later, he stopped at 2,345: a representation of Taiwan’s 23.45 million population.

Chen is displaying his cranes, attached onto mobiles, at TaiwanFest this weekend at the Harbourfront Centre. On Friday evening, a crowd had already gathered around Chen’s display.

Organizers expect up to 50,000 people to pop in between Friday and Sunday for the festivities.

In addition to Chen’s mobiles, there are several other art and cultural pieces on display throughout the Harbourfront grounds. The festival is multidisciplinary, incorporating art, music, culture and food.

It’s held for two weekends back to back: this weekend in Toronto the next in Vancouver. The guests tend to be Taiwanese-Canadians coming from all areas of the city, according to the festival’s managing director Charlie Wu.

But the event is also for Torontonians who may not know a lot about Taiwan.

“It’s important for TaiwanFest to be in downtown venues,” Wu said. “We always feel that Taiwanese-Canadians and Asian-Canadians like to share their cultures in a more mainstream environment where other Canadians get to see it.”

Diverse programming is the key to attracting non-Taiwanese Canadians to the festival, he said. For instance, this year, they are hosting a fashion designer whose heritage is of Taiwan’s indigenous peoples, who dwelled on the island for thousands of years before the now-predominant Han Chinese began arriving in numbers in the 17th century. It’s hoped that presence of the designer, known simply as Andre, attracts Torontonians with a general interest in fashion or indigenous peoples’ culture and art. . . . .

“The Wrath of the Gods:
Masterpieces by Rubens, Michelangelo, and Titian“

The Wrath of the Gods focuses on Peter Paul Rubens’s masterpiece, Prometheus Bound, a singular vision of pain, torment, and creative struggle. This unprecedented exhibition places the work—one of the most important and beloved in the Museum’s collection—in conversation with paintings, drawings, and prints that inspired it. Highlights include Michelangelo’s Tityus, perhaps the artist’s most famous drawing, and Titian’s Tityus, the largest nonreligious painting on canvas of the Renaissance. The Wrath of the Gods brings together these and other pivotal works, offering a fresh opportunity to delve into the creative process of one of art history’s most important figures.Rubens’s painting depicts a scene from the Greek myth of Prometheus, a mighty Titan who steals fire from the gods on Mount Olympus to give to humanity. As punishment, Zeus, king of the Olympians, orders Prometheus to be forever chained to a rock, where each day an eagle devours his perpetually regenerating liver. Collaborating closely with famed animal and still-life painter Frans Snyders, Rubens rendered the brutal encounter in violent detail: the enormous bird viciously attacks the face and muscular body of Prometheus, who locks eyes with his assailant as he tumbles downward in agony. The monumental canvas, which Rubens considered one of his most important works, represents the virtuoso artist at his absolute height.Despite the significance of Rubens’s masterpiece, no exhibition has ever been devoted to it. The Wrath of the Gods shows how the artist’s talent for creating images bursting with physicality, movement, and color was profoundly shaped by the work of Italian Renaissance greats Michelangelo and Titian as well as antique sculpture, especially the Vatican’s famedLaocoön. During his extensive travels, Rubens studied these compelling examples firsthand, analyzing their figures, subject matter, and compositions and merging them with own Baroque sensibilities.To further explore Rubens’s sources of inspiration, the exhibition also presents an 1805 full-scale cast of The Laocoön, on loan from the Pennsylvania Academy of the Fine Arts, and works by northern European artists Hendrik Goltzius and Michiel Coxcie, whose painting Cain and Abel debuts in Philadelphia as a newly rediscovered treasure after a recent cleaning by the Museo del Prado in Madrid. Other key works include Snyders’s sketch for Prometheus Bound’s menacing eagle and Jacob Jordaens’s Prometheus, one of the greatest artistic responses to Rubens’s masterpiece.

“The World Bodypainting Festival in Austria, in pictures”

Not All Who Wander Are Lost“

Bharti Kher is the sixth artist-in-residence invited to create a temporary site-specific work for the Museum’s façade. Kher’s project reflects on maritime travel, highlighted by her interest in mapping and typography and references the migration of people in Africa, the Middle East and Europe. Kher uses bindis, a popular forehead decoration worn by women in India, and a signature element in her work, to map demographic movement in an abstract way.

Bharti Kher’s (b. 1969, England) is an art of dislocation and transience, reflecting her own, largely itinerant life. Born and raised in England, the artist moved to New Delhi in the early 1990s after her formal training in the field. Consequently, the concept of home as the location of identity and culture is constantly challenged in her body of work. In addition to an autobiographical examination of identity, Kher’s unique perspective also facilitates an outsider’s ethnographic observation of contemporary life, class and consumerism in urban India.

Presently, Kher uses the bindi, a dot indicative of the third eye worn by the Indian women on their foreheads, as a central motif in her work. Bharti Kher often refers to her mixed media works with bindis, the mass-produced, yet traditional ornaments, as “action paintings.” Painstakingly placed on the surface one-by-one to form a design, the multi-colored bindis represent custom, often inflexible, as well as the dynamic ways in which it is produced and consumed today. The artist is also known for her collection of wild and unusual resin-cast sculptures and her digital photography.